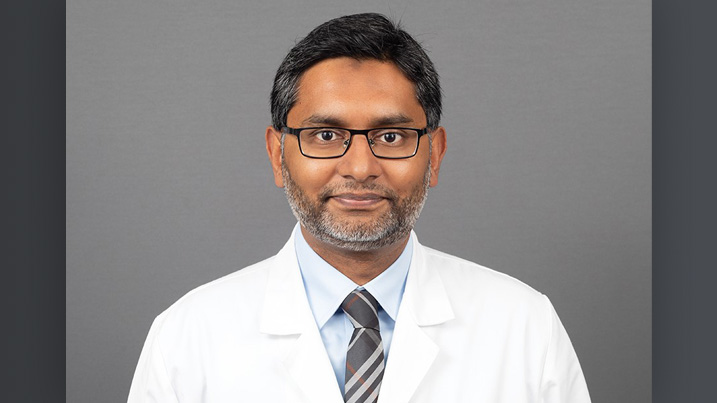 PITTSBURGH – Allegheny Health Network (AHN) today announced that Imran Qadeer, MD, has been named the president of Allegheny General Hospital (AGH). Dr. Qadeer had been serving as interim president of AGH since the beginning of 2022. AGH is AHN’s flagship academic medical center, its highest-volume hospital, and its hub for leading-edge cardiovascular surgery, orthopedics, neurosurgery, organ transplantation and cancer research, among other advanced, specialized services.

“Dr. Qadeer is an exceptionally talented clinician and physician leader who has a deep understanding of and appreciation for the vital, historic role that Allegheny General Hospital plays in the health and well-being of our region,” said Cynthia Hundorfean, president and CEO, AHN.

AHN conducted an extensive national search for the president’s position. “Given Dr. Qadeer’s track record of success in the areas of clinical quality and patient experience, and his proven commitment to AGH and its people, we quickly realized that he was the ideal candidate to lead AGH in its next chapter of growth and innovation,” Hundorfean said.

Dr. Qadeer joined AHN’s Academic Hospitalist Medicine staff in 2009 and has served in a host of leadership roles since then, including AGH’s chief medical officer, medical director of AGH, AHN lead chief medical officer, lead physician advisor, and chief quality officer for the AHN Medicine Institute. He also has been a pivotal member of AHN and Highmark Health’s COVID-19 pandemic response team over the past two years, and he was the physician lead of AHN’s widely praised COVID-19 mass vaccination campaign.

Dr. Qadeer was born in Karachi, Pakistan, and moved to Brooklyn, New York in 1992. He obtained his medical degree with honors at Saba University School of Medicine and completed his residency at Mount Sinai School of Medicine and its affiliated Elmhurst Hospital in New York, where he served as a chief resident.

“It’s an incredible honor and privilege to be part of an organization and a hospital that truly believes in and achieves its charitable mission by always putting its patients and communities first,” said Dr. Qadeer. “I am excited about the opportunity to play an even bigger role in helping AGH sustain that legacy of clinical excellence and innovation and look forward to working with the leadership of AHN and Highmark Health, and alongside AGH’s many talented and dedicated caregivers, as we continue to transform health care and create remarkable experiences and outcomes for our patients.”

Dr. Philp is a highly respected and skilled trauma specialist and physician leader who serves as director of Trauma/Acute Care Surgery for AHN, medical director of AGH’s trauma program, and the hospital’s chief trauma surgeon. Since 2019, he has also served as the chief quality officer for the AHN Surgical Institute. Dr. Philp joined AHN in 2011 from Carilion Roanoke Memorial Hospital’s trauma division.

“Under Dr. Philp’s leadership, AGH’s busy trauma surgical program has excelled in providing our region with outstanding, life-saving care for critically injured patients, and we look forward to him bringing that same passion and commitment to clinical excellence across all of AGH’s services in his expanded role as chief medical officer,” said Don Whiting, MD, chief medical officer, AHN.