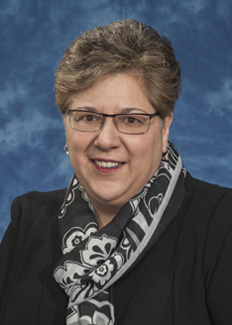 Jacqueline Collavo is vice president and chief nursing officer at West Penn Hospital (WPH), part of Allegheny Health Network (AHN). Jacqueline is an executive nurse leader with 34 years of progressive clinical, administrative, and operational experience. She led WPH in the successful achievement of Magnet® designation for excellence in nursing services from the American Nurses Credentialing Center in 2006 – the first hospital in western Pennsylvania to earn this honor. WPH was also the first to earn the designation a second and third time (in 2012 and 2017).

She received a bachelor of science degree in nursing from Carlow University and a master of arts degree in journalism and corporate healthcare communications from Point Park University. Jacqueline is currently pursuing a Doctorate of Nursing Practice at Capella University.

Jacqueline has a long history of outstanding service at WPH and AHN. She has delivered professional presentations at several national conferences, including the American Nurses Credentialing Center (ANCC) annual National Magnet® Conference and the American Nurses Association’s Quality Conference. Jacqueline has been interviewed and published on the Lippincott Solutions blog Calling the Shots on the topic “Navigating a Hospital’s Magnet Journey.” She was also selected by the ANCC to be a reviewer for the National Magnet Nurse of the Year® awards program.

In 2015, Jacqueline was named the American Nurses’ Association Foundation Nurse of the Year.