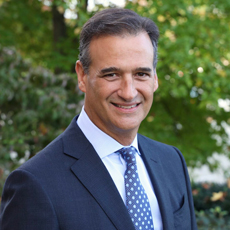 Mark A. Rubino, MD, MMM, FACOG, is the president of Forbes Hospital and a practicing gynecologist. He has served as the hospital’s president since 2016. Previously, he served as the hospital’s chief medical officer, and before that he was the president of the medical staff at Forbes and West Penn Hospitals. In his time at Forbes, Dr. Rubino has helped to lead multiple capital investment projects, including a $17 million perioperative expansion as well as a $35 million cancer and imaging center.

Dr. Rubino received a Bachelor of Arts degree from the University of Pennsylvania, his medical degree from the University of Pennsylvania School Of Medicine, and later his master’s degree in Medical Management from Carnegie Mellon University. He completed his internship and residency in obstetrics and gynecology at Magee Women’s Hospital, and was elected the hospital’s chief resident in 1986.

Dr. Rubino is certified by the American Board of Obstetrics and Gynecology and is a Fellow of the American College of Obstetricians and Gynecologists. He currently serves on the Boards of The Hospital and Healthsystem Association of Pennsylvania, Monroeville Area Chamber of Commerce, Franklin Regional Panther Foundation, and Heritage Community Initiatives. 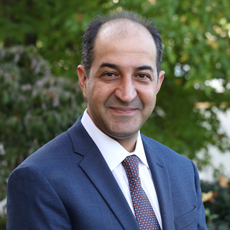 Prior to his appointment as CMO, Dr. Moukamal served as the hospital’s chief of Internal Medicine. He has been affiliated with Forbes since 2007, when he joined Premier Medical Associated (one of Allegheny County’s largest multispecialty practices, based in Pittsburgh’s eastern suburbs) and began service as a hospitalist at Forbes. In addition to his work at AHN and with Premier, Dr. Moukamal has served as a medical advisor to Wellbridge Health, and the medical director to Contessa Health.

Before joining Premier, he worked in internal medicine at Endless Mountains Health Systems, and was the chief medical resident at UPMC Presbyterian-Shadyside. 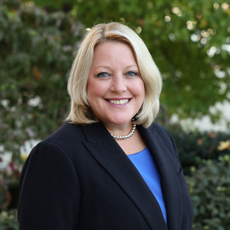 Krista Lynn Kosar, MSN, RN, NEA-BC serves as the Chief Nursing Officer of Forbes Hospital. An experienced nurse leader with practice experience in medical-surgical, intermediate care, and intensive-care, she has held several leadership positions, including clinical director of Inpatient Services at UPMC Passavant, director of Clinical Operations at the Center for Nursing Excellence at UPMC, unit director for the GI Lab at UPMC Shadyside, and executive director of Donor Services at Central Blood Bank.

Lynn started in nursing leadership as the manager of the cardiovascular ICU at Mercy Hospital of Pittsburgh. 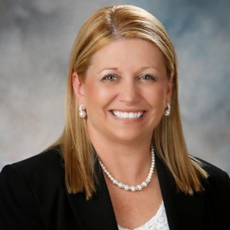 Kim Semelsberger is the chief financial officer of Forbes Hospital.

Having arrived at Forbes in 2021, Kim brings over 20 years of financial leadership and health care finance experience to AHN. Prior to coming to AHN, Kim served as the chief financial officer at Conemaugh Nason Medical Center and Nason Physician Practices.

Kim holds a bachelor’s degree in accounting from Indiana University of Pennsylvania and a Master of Business Administration from Saint Francis University. Kim is a certified public accountant and certified in patient safety.