Allegheny General Hospital has been a part of Pittsburgh’s North Side since the 1880s, when it was chartered and built. Today, Allegheny General is AHN’s flagship hospital, one of Pennsylvania’s premier quaternary care facilities, and one of the nation’s leaders in heart surgery and cardiovascular care. AGH also provides access to organ transplantation, cancer care, trauma care, orthopaedic care, neurosurgery, and many other advanced specialties. 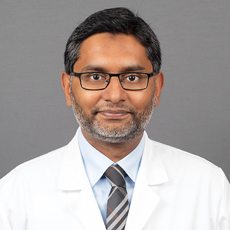 Dr. Qadeer is an accomplished clinician and physician leader who has been a pivotal member of AHN’s COVID-19 response team over the past two years. He joined AHN’s Academic Hospitalist Medicine Staff in 2009, and has served as AHN Lead Chief Medical Officer, Medical Director of AGH Observation Services, Lead Physician Advisor, and Chief Quality Officer for the AHN Medicine Institute. He has been instrumental in helping to drive improvement in AGH’s and AHN’s overall quality and safety ratings in recent years.

Dr. Qadeer was born in Karachi, Pakistan, and moved to Brooklyn, New York in 1992. He obtained his medical degree with honors at Saba University School of Medicine.

His residency was at Mount Sinai School of Medicine and its affiliated Elmhurst Hospital in New York, where he served as a chief resident. 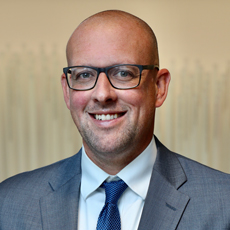 Mark Nussbaum is the Chief Operating Officer of Allegheny General Hospital. In this role, Mark is responsible for the financial and operational performance of AGH, which employs more than 1,000 physicians, plus clinical and support staff of more than 3,500.

Mark joined the AHN in 2016, initially serving as the COO of Forbes Hospital, and later as Senior Vice President of AHN’s physician organization, which employs more than 1,400 physicians and is one of the state’s largest physician groups.

Prior to joining AHN, Mark served in a variety financial and operational management positions at Cleveland Clinic, including a role as COO of the Clinic’s Marymount Hospital. 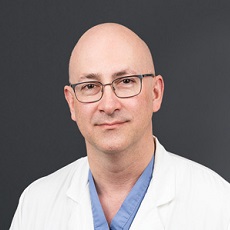 Prior to his appointment to the CMO role, Dr. Philp served as director, Trauma/Acute Care Surgery, for Allegheny Health Network, and as medical director for AGH’s trauma department, where he is also the hospital’s chief trauma surgeon. Since 2019, he has also served as quality officer for the AHN Surgical Institute.

A combat surgeon who served in Afghanistan and Iraq, Dr. Philp led various critical care units and evacuation teams overseas, and he also served chief physician at Al Dhafra Air Force Base, among other leadership roles. His numerous commendations and awards include the Bronze Star, the Air Force Commendation Medal, and the Army Achievement Medal.

His professional affiliations include fellowships with the American College of Surgeons and the College of Critical Care Medicine, and membership in the American Association for the Surgery of Trauma. 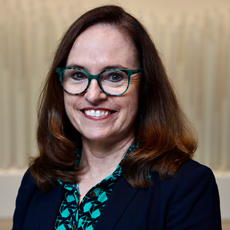 She received her Bachelor of Science in Nursing from Indiana University of Pennsylvania, a Master of Science degree in nursing from LaRoche College with a focus in Nursing Administration and Human Resources, and a PhD in Nursing from Duquesne University. Her doctoral dissertation focused on patient safety culture and the impact of culture on nurse advocacy for the patient and patient outcomes. 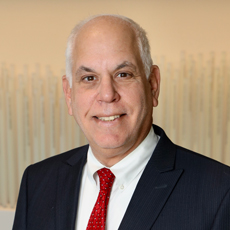 Don Jaffee is the Chief Financial Officer at Allegheny General Hospital. He has been a part of the AHN family since 2016, when he joined AGH.

Previously, Don had served in a variety of health care financial leadership roles in the South and Southwest, including service as the CFO for Phoenix Baptist Hospital and as the Vice President of Finance for Jackson Health System in Miami.

Originally from New York, Don graduated from Adelphi University in 1983 with accounting degree. He first health care leadership role came in 1990, when he became the controller for JFK Medical Center in Atlantis, Florida.

Don is a member of the Healthcare Financial Management Association.