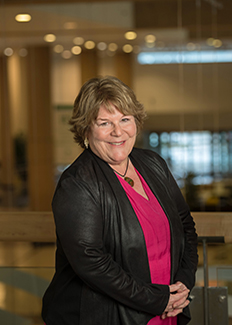 Sallie Piazza is the chief nursing officer at Saint Vincent Hospital (SVH), part of the Allegheny Health Network. She has served in her current role since 2018 and has worked at SVH for more than five years. Sallie has held a variety of leadership positions including inpatient director positions and director of Professional Development and Medical Surgical Divisions. Previously, Sallie had served as CNO and as director of Surgical Services at Brooks Memorial Hospital in Dunkirk, New York.

Sallie received her BSN from Alfred State College and was awarded her master’s degree at Ashford University in 2014. She is board certified by AONE in nursing leadership and is also CNOR certified. She has also completed a certification in business from Cornell University.