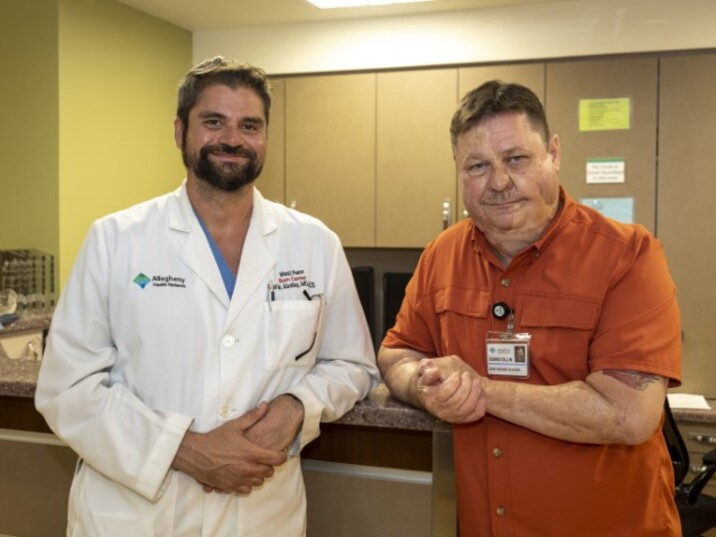 PITTSBURGH, Pa –  When Fourth of July festivities begin and Dennis Gillin sees people setting off backyard fireworks, or kids with sparklers, he can’t help but think back to his own childhood burn injury. It happened when he was just 9 years old, and playing with matches.

He suffered burns over 65 percent of his body, 35 percent of them third- and fourth-degree burns. The pain, surgeries and hospitalization - the scarring, embarrassment, and guilt over his friend’s injuries – all are still fresh in his memory many years later.

“I wish I could tell people setting off fireworks, ‘It’s not worth it.’ A serious burn injury is something that you never really fully recover from,” Gillin of Beaver said. “Unless you’ve experienced the psychological and physical damage of a burn, it’s hard to describe how difficult it is. I still feel the shame and guilt, 44 years later.”

Consumer fireworks are more popular than ever, with some sellers reporting yearly sales growth of up to 200 or 300 percent, according to the American Pyrotechnics Association. With that growth comes increased risk of injury – every year about 10,000 people are treated for fireworks injuries across the country.

“At West Penn Burn Center, we see patients like Dennis every year, many of whom are young and having fun with friends or family when one bad decision results in a serious burn. They suffer significant scarring, both physical and emotional,” said Medical Director Ariel Aballay, MD.

“We urge everyone to leave fireworks shows to the professionals. The city of Pittsburgh and other communities are resuming fireworks shows this year – enjoy these shows with family and friends rather than risk an injury.”

As for Dennis Gillin, he has taken his experience and transformed it into action. In 2012 he and a group of other local burn survivors formed Burn Concern of Western Pennsylvania, a support group based at West Penn Burn Center. They support their fellow long-term survivors and also visit new burn patients who are hospitalized at West Penn.

“It is so important for the public to understand the seriousness of a burn injury,” Gillin said. “On this Fourth of July, all of us at Burn Concern are proud to join with West Penn Burn Center and the Burn Prevention Network in urging everyone to avoid setting off backyard fireworks and enjoy their community’s fireworks show instead.”

More information on Burn Concern may be obtained at https://www.ahn.org/services/burn-center/support-groups.html.