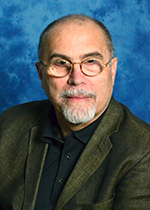 Massimo Trucco, MD, director of the Allegheny Health Network Institute of Cellular Therapeutics, is an internationally known diabetes and immune system expert, and pediatrician for more than 26 years. Dr. Trucco and members of his team came to the Allegheny Health Network in 2014 from Children’s Hospital of Pittsburgh of UPMC, where he was the Hillman Professor of Pediatric Immunology at the University of Pittsburgh School of Medicine and the director of the Division of Immunogenetics, Department of Pediatrics. Dr. Trucco earned international acclaim for research pinpointing genetic predisposition to diabetes, identifying early indicators of diabetes onset and investigating new therapeutic treatments. Dr. Trucco also was the director of the Juvenile Diabetes Foundation’s Center for Gene Therapy Approaches to Type 1 Diabetes, one of the National Institute of Health’s Autoimmunity Centers of Excellence, and founded and directed the Pediatric Research Section at the University of Pittsburgh Diabetes Institute. A native of Savona, Italy, Dr. Trucco earned his medical degree from the University of Torino School of Medicine. During his medical residency at the Regina Margherita Children’s Hospital in Torino, he conducted research in tissue compatibility that sparked an interest in bone marrow transplantation and other immunologic disease processes. His later research produced an improved typing process for matching bone marrow donors and recipients. Dr. Trucco directed the Histocompatibility Center at Children’s Hospital, a program affiliated with the National Marrow Donor Program. As an integral member of transplant surgery pioneer Dr. Thomas E. Starzl’s team in the 1980s, Dr. Trucco provided seminal insights into the immunology of organ and pancreatic islet transplantation as well as the phenomenon of cellular immune chimerism. More recently he and co-researchers developed the first gene-engineered pigs whose organs and tissues could avoid immune rejection. This discovery could allow researchers to bring organs from these animals into the clinic, instead of needing human donors. In 1994, Dr. Trucco’s research yielded the first evidence that some patients with genetic susceptibility to Type 1 diabetes may have the onset triggered by viruses. In 2007, he led a team that performed the first clinical trial in history using a patient’s own genetically engineered white blood cells as a potential treatment to reverse and prevent Type 1 diabetes. He and his colleagues are manufacturing the world’s first biosynthetic thymus mini-organ, the training center of the body’s immune system which removes harmful immune cells responsible for many autoimmune diseases, especially Type 1 diabetes. Dr. Trucco’s research has received financial support for 30 years by prestigious institutions including the National Institutes of Health and the Department of Defense. He has published more than 360 scientific papers and has been cited in more than 12,000 scholarly articles. He is a Professor in the Department of Biological Sciences at Carnegie Mellon University, and Professor in the department of Microbiology and Immunology Drexel University College of Medicine. 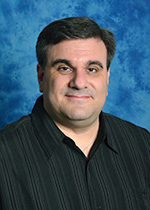 At the Allegheny Health Network’s Institute of Cellular Therapeutics, Nick Giannoukakis, Ph.D., continues his translational medicine research in areas including: immunomodulation approaches for the treatment of autoimmune disease and transplantation tolerance, regulatory immune cells, and immunomodulation-based clinical trials for Type 1 (juvenile) and Type 2 (adult) diabetes. Dr. Giannoukakis, along with Massimo Trucco, MD., director of the Institute of Cellular Therapeutics, is a pioneer in the field of tolerogenic dendritic cell therapy for autoimmunity. The two were the first to demonstrate the safety and potential results of these cells in preserving the function of the residual insulin-producing cells of the pancreas in type 1 diabetic patients.

Dr. Giannoukakis is a primary inventor on a number of patents related to gene, cell, and nanoparticle vaccine therapy for autoimmunity. He is one of the founders of DiaVacs, a clinical stage biotechnology company focused on the goal of disrupting the immune processes responsible for the development of autoimmune diseases. Dr. Giannoukakis received a bachelor of science degree from McGill University in Montreal in 1992, and his doctorate in 1997. He completed a postdoctoral fellowship at the University of Pittsburgh School of Medicine in the fields of gene and cell therapy for autoimmune disease and transplantation tolerance. Dr. Giannoukakis is an associate Professor in the Department of Biological Sciences at Carnegie Mellon University, and an associate Professor in the department of Microbiology and Immunology Drexel University College of Medicine. He previously held the position of associate professor of pathology and immunology in the Division of Immunogenetics, Department of Pediatrics, and was also a member of the Division of Experimental Pathology and the Cellular and Molecular Pathology Graduate Training Program at Pitt’s medical school. 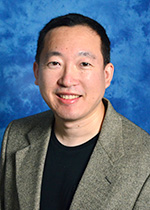 Yong Fan’s leading research is focused on understanding the central, or thymic, control of immune tolerance. The goal is to use the knowledge to develop clinical applicable protocols to prevent and treat autoimmune diseases such as Type 1 diabetes, and to modulate the adaptive immune system for transplantation tolerance. Dr. Fan, Ph.D., oversees a team that also includes Asako Tajima, MD, and Isha Pradhan, Ph.D.

The team is focusing on two projects, including bioengineering thymus organoids to modulate the adaptive immune system to treat immune dysregulatory disorders, and investigating whether they can regulate the expression of thymic islet autoantigens to prevent or reverse islet autoimmunity. 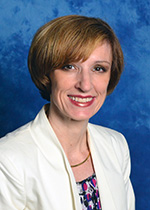 Rita Bottino, Ph.D., heads a team that was one of the first to successfully process pancreatic islets for hospitals, including the Cleveland Clinic. The team also is a reference laboratory for the isolation and distribution is islets of Langerhans obtained from the pancreas of deceased organ donors for research purposes. That research is in collaboration with Stanford University, Vanderbilt University, University of Massachusetts, Mount Sinai School of Medicine, New York and the Network for Pancreatic Organ Donors with Diabetes.

The team’s expertise includes the isolation of insulin-producing cells from juvenile, diabetic and marginal donors, which allows researchers to optimize organ donations.

Working with Massimo Trucco, Dr. Bottino has developed the first gene-engineered pigs whose organs and tissues could avoid immune rejection. This discovery could allow researchers to bring organs from these animals into the clinic, instead of needing human donors.

Select publications from researchers at the Allegheny Health Network Institute of Cellular Therapeutics: