Derek lives for adventure. After an emergency heart transplant, the thrills he lives for are even more exhilarating.

“I love the adrenaline junkie stuff. I’ve jumped out of planes, white water rafted, stuff like that,” he explained.

A husband and father of two, Derek’s always taken his health seriously. He’s a weightlifter, personal trainer, and eats clean. So when he caught COVID-19 in the fall of 2020, he did all the right things to recover quickly. “I barely had any symptoms,” Derek recalled.

Weeks later, he got a common cold. He felt run down much longer than he thought he should, so Derek had some tests run to see if there was another health problem causing him to feel this way, but the results were all normal. He chalked the fatigue up to his body simply taking a while to get back to where it was before.

The following spring, Derek started waking up in the middle of the night, gasping for air.

“I was panicked to go back to sleep because I didn’t know what would happen,” said Derek.

That led him to see a primary care physician for the first time in 30 years. After a physical exam and some cardiac testing, the doctor recognized that Derek was in heart failure and sent him to the hospital.

At Allegheny General Hospital (AGH), Derek was taken right to the heart catheterization lab. Azam Hadi, MD, a cardiologist specializing in advanced heart failure and transplant, placed him on ECMO therapy, a life-support machine that acts as an artificial heart and lungs outside the body to let those organs rest and heal on a very temporary basis while it provides oxygen-rich blood to vital organs.

“In Derek’s case, the virus attacked his heart muscle and continually weakened it,” explained Dr. Hadi. “By the time he arrived at AGH, he was in the most advanced stage of heart failure.”

Nine days to a new heart

Dr. Hadi and cardiac surgeon Masaki Tsukashita, MD, knew that their only option was to find Derek a new heart. They began to make arrangements for a heart transplant, coordinating with United Network for Organ Sharing (UNOS), a third-party organization that manages the organ transplant system in the U.S., helping match donor hearts with patients in need based on a variety of criteria.

Amazingly, just nine days after Derek arrived at the hospital, a matching donor heart was found, and Drs. Hadi and Tsukashita led the transplant team to give Derek the lifesaving surgery he needed.

Derek spent six weeks in the hospital recovering, including intensive physical and occupational therapy. One year later, he’s back to the life he enjoyed before.

“I’m back to weightlifting,” he said. “I’m driving race cars. I’m looking forward to going skiing and lots of other things, and it’s all because AHN took the best care of me.”

Taking advantage of his second chance

Now Derek’s most thrilling adventure is helping others. He’s created the Pumping Adrenaline Foundation, a charitable organization dedicated to supporting those like him who’ve needed transplants or have experienced significant life-changing side effects from illness. His organization’s events are geared toward getting everyone’s blood pumping, while raising funds for research and patient care.

“I have to do right by the person who donated their heart,” Derek said. “Without them, I wouldn’t be here, so I owe it to them to make the most of every day.”

From preventive care to help keep hearts healthy to complex conditions like heart failure, the AHN Cardiovascular Institute is a national and regional leader in cardiac care. The institute is comprised of a highly skilled team of heart specialists with access to latest technology and techniques for treating all types of cardiovascular conditions. We offer comprehensive heart care services throughout our entire network, with the most advanced services centered at our hub at Allegheny General Hospital, recognized as a top ECMO center nationally by the Extracorporeal Life Support Organization (ELSO), and offering a leading heart transplant program. 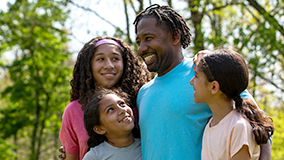 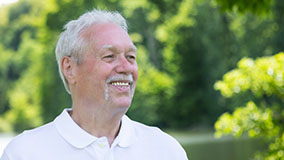