In 2016, Conny Zeno, a lifelong organ donor and Ohio resident, was approaching an early retirement after a long career working in construction and metal stamping. Then he got unsettling news: He had a liver tumor. Now, after SBRT treatment made him eligible for a successful liver transplant, he’s ready to enjoy fishing, gardening, and life with his wife and family.

Conny would regularly have blood work so doctors could keep an eye on his elevated liver enzymes. He knew he had cirrhosis and a fatty liver. Then, in early 2016, his doctor spotted something suspicious on his imaging tests and referred him to Allegheny Health Network (AHN).

His AHN team confirmed that Conny had a large liver tumor. After a complete health evaluation with gastroenterologists, the transplant team and experts in liver cancer, Conny’s doctors recommended a treatment plan. The goal: to shrink the tumor enough to make Conny eligible for a liver transplant.

A transplant could eliminate his liver problems and offer him the possibility of living a long, healthy life. Conny, age 60, and his wife Cheryl were eager to get started.

SBRT uses sophisticated technology to identify the precise location of a tumor, even if it’s very small. Using SBRT, doctors can then treat tumors with very high doses of radiation in just a few sessions.

SBRT minimizes risk to surrounding organs because it targets the tumor so closely. Patients don’t have to return to the hospital week after week or suffer the side effects – like hair loss and skin damage – of traditional radiation.

SBRT as a bridge to liver transplant

AHN is a pioneer in the use of SBRT as a bridge to liver transplant. In fact, AHN is one of only a few centers nationwide using this method.

AHN research shows that SBRT can hold off a tumor’s growth, giving transplant-eligible patients more time to wait for a new liver to become available. The latest research shows SBRT is also effective as a stand-alone treatment for inoperable tumors and in combination with surgery to remove the tumor.

How SBRT helped Conny get a liver transplant

Conny had SBRT treatments repeated over four days. The results were good: SBRT did shrink the 4-centimeter tumor to under 2 centimeters in diameter.

Then his AHN medical team identified a second, smaller tumor. To treat that tumor, they used trans-arterial chemoembolization (TACE), which delivers highly targeted chemotherapy directly to the cancer.

Throughout treatment, the transplant evaluation team measured his Model for End-Stage Liver Disease (MELD) score. The MELD score ranges from 6 to 40. It helps doctors determine a person’s place on the waiting list for a liver transplant.

Before treatment, Conny’s score was a 7 or 8, indicating he wasn’t a good candidate for transplant. After treatment, it jumped to 28, making him an ideal candidate. It wasn’t long before he received a call that a possible organ match was available.

Throughout his treatment, Conny never quit work at the auto-stamping plant that he was helping to close down. His lack of side effects meant he felt strong enough to carry on with his daily life.

The day he was called for a transplant, Cheryl and their grandson picked Conny up at work to drive him to Pittsburgh for surgery. After his transplantation surgery, he stayed in the ICU overnight. After a few days in the hospital, he headed home.

Nearly one year later, Conny and Cheryl report that he’s back at 90 percent of his previous health. Better yet, he’s now looking forward to a long life ahead.

“We want to thank the outstanding surgeons, the doctors, their staff – everybody there at Allegheny was over and above what we expected,” the Zenos said. “And a special thanks to people who are donors. Without them, we couldn’t have had this done.”

“I never thought to be on the other side,” Conny added. “I’ve always been a donor on my driver’s license. I never in a million years thought I’d be on the receiving end.”

Request an appointment with one of our experts or get more information about the Allegheny Health Network Cancer Institute. 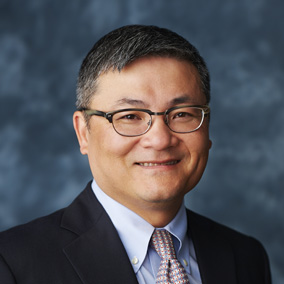 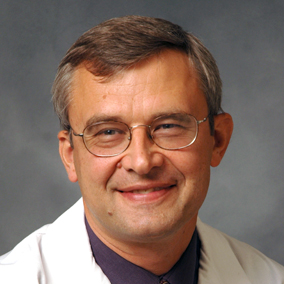