A sports reporter for most of his life, Joe was feeling fine when he went in for his physical a few years ago.

His doctor noticed a faint flutter in the muscles of his upper back. He didn’t think much of it, but after further testing, he was diagnosed with Parkinson’s disease at 57 years old. At first he was shocked as he had no other symptoms. But over the course of the next few years, the symptoms slowly appeared and worsened: first his hands shook, then his head, then his whole body would tremor. He had balance problems, felt dizzy, and found it hard to sleep, walk, write, even button up his shirt and tie his shoes.

Initially, Joe didn’t think he wanted to go through with deep brain stimulation as it seemed a bit too invasive. But after the medications alone were no longer enough, he researched his other options and decided he wanted to give it a try. That’s when he met AHN neurosurgeon Nestor Tomycz, MD. Just this past July 2020, after several neuropsychological evaluations to ensure Joe was a good candidate for the surgery, Dr. Tomycz performed DBS. By implanting a neurotransmitter device in his chest which connects to electrodes placed in the motor region of his brain, mild electrical impulses are delivered which greatly reduce his tremors.

After just a one-night stay in the hospital, where the device was programmed and optimized, Joe went home. Now all he has to do is charge the stimulator about once a week. He has fewer tremors and much better control of his movement and balance. He can even button his shirts and tie his shoes without any problem. Perhaps most surprising, Joe said, “My golf game is better than ever!” He meets with Dr. Tomycz every three months to check on his progress and make adjustments to his stimulation settings.

Despite the fact that Parkinson’s is a progressive disease with no known cure, deep brain stimulation is being used with striking results in patients with movement disorders. According to a 2019 study published in the Journal of Neurosurgery, 95% of patients who underwent DBS would recommend the procedure.

The experts at the AHN Neuroscience Institute can help you or your loved one get control back, too. Call (412) 359-8850 or request an appointment to learn more about AHN Parkinson’s disease services. 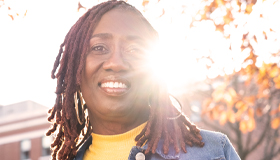 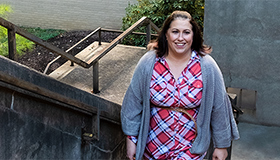 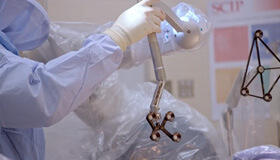