Double Bypass Surgery Has Donald Feeling Like Himself Again

Three clogged arteries — the result of coronary artery disease (CAD) — were causing Donald Uncapher to have pain in his arms, hands, legs, and lower back. But bypass surgery at AHN Forbes has Donald back to tackling projects around his house pain-free.

East Vandergrift resident Donald Uncapher, 67, slipped and fell in an icy parking lot two winters ago and ended up with a torn rotator cuff for his trouble. He had surgery to repair his shoulder and then began the long rehabilitation process. But to his dismay, he started to feel worse and worse.

Donald started to develop pain in his hands, wrists, ankles, shoulders, and lower back. His symptoms were similar to arthritis. He was prescribed prednisone, a common treatment for inflammatory arthritis. But when that didn’t give him any relief, his rheumatologist suggested the pain may be heart related.

Bloodwork, an EKG, and a heart catheterization revealed three clogged arteries — two of them 100% blocked. He and his wife LaRue immediately met with cardiac surgeon Dr. Candice Lee to discuss his next steps.

“We were pretty scared,” Donald said. “She showed us images from the catheterization on the screen. She was very thorough.

“A couple weeks before, we didn’t even know we had a problem. She was compassionate and forthright. She explained what she planned to do. She explained the benefits and the risks. We had a lot of anxiety, but she took that away. We felt a lot more comfortable after talking with her.”

Donald was happy with the results. “It seems like everything went really well. It feels like nothing ever happened to me,” he said. “I haven’t had any pain since the surgery. They prescribed me pain pills, but I haven’t taken any of them.”

If Donald had any complaints about the entire process, it was the list of projects piling up around his house.

“I’m used to mowing my grass and taking care of my cars,” Donald said. “I started a project. I have wood cut and planned to make a bench. I have some ornamental grass I need to dig out. But it’s all on hold for now because of my lifting restrictions.”

It’s natural for any surgical patient to want to get back to their normal life. But it’s also common to experience anxiety about whether you’ll push yourself too hard and end up back where you were before your procedure — or worse.

Dr. Lee prescribed cardiac rehab for Donald. The program is helping him rebuild his strength under the watchful eyes of AHN cardiac therapists who follow a proven recovery path and can ensure the exercises aren’t putting him in any danger.

“It’s going well,” Donald said of rehab. “I’m looking forward to being able to do more and know that I’ll be safe doing it.”

Coronary artery disease is the result of plaque buildup inside artery walls, causing them to clog and harden. This restricts blood flow to the heart and can lead to symptoms like:

CAD is the leading cause of heart disease in the United States, and 1 out of every 13 Americans over age 18 have it.

Experts at the AHN Cardiovascular Institute specialize in diagnosing and treating CAD. See how we can help with coronary artery disease.

Donald Uncapher got relief from his CAD through bypass surgery. And that’s just one of several ways AHN cardiovascular experts treat the disease.

In some cases, medications that lower blood pressure and cholesterol, as well as blood thinners, can increase blood flow to your heart and relieve painful symptoms.

We can also improve blood flow through minimally invasive, catheter-based procedures. Find out how complex coronary interventions, as well as angioplasty and stenting, can treat CAD as an alternative to open-heart surgery.

Performing open-heart surgery is nothing new to Dr. Candice Lee, but Donald Uncapher’s double bypass in April was her first at AHN Forbes.

“It was special,” she said. “It was nice to go there and work with anesthesia and the rest of the staff. After doing that case, I look forward to doing more operations and collaborating more at Forbes.”

Dr. Lee’s main focus is on individualizing care plans for each of her patients. “It’s important to be flexible,” she said. “I look at the pathology, the prognosis, and the different treatment options and then work closely with the patient to understand their constraints and their expectations.”

With its home base at Allegheny General Hospital, the AHN Cardiovascular Institute is a national and regional leader in cardiac care. The institute is comprised of a highly skilled team of heart specialists with access to latest technology and techniques for treating all types of cardiovascular conditions.

Forbes is busy adding cardiovascular care capabilities to better serve patients in the immediate area, including the ability to perform highly advanced procedures.

Our specialists care for patients throughout our network and region. See what services the AHN Cardiovascular Institute offers as well as the expanded cardiac treatments available at AHN Forbes. 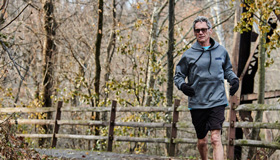